There are thousands of scholarships available exclusively for African-Americans, Latino-Americans, or Arab-Americans.  While it is true that every few years someone attempts to start a very minor scholarship for Caucasians only, these scholarships often become defunct and quickly fall under intense scrutiny for being racist.

In 2014, the Supreme Court ruled that states could end affirmative action programs.  However, the Supreme Court has also ruled that affirmative action programs and using race as a factor in college admissions are constitutional. They made their decision despite multiple cases challenging that using race as a factor in admissions violates the Fourteenth Amendment.

Currently, a group of Asian-Americans is suing Harvard because they believe that Harvard discriminates against Asians because of their high achievement as a race. The group argues that Harvard gives preference to the applications of minority groups such as African-Americans, Latino-Americans, and Arab-Americans.

Most readers have probably been able to figure out where this argument is going.  Using race as a factor in employment, college admissions, and scholarship eligibility is inherently racist.

If racism is to cease to exist in modern America, then race cannot be a factor in determining hiring, admission, or scholarships.  If you truly want to help those at a disadvantage, artificially raising them up because of their race is not the best way to do it.

Texas eliminated their affirmative action program relating to college admissions and replaced it with a policy that guarantees high school graduates in the top ten percent of their class would get into a state college.  This program guarantees that if you have the intelligence and put in the work you are guaranteed college admissions, without race being a factor.

The largest argument for affirmative action policies may be the best argument against them. The argument is that minorities could not take advantage of these scholarships or the ten percent plan. This is because without the built-in curve of affirmative action, because of decades of oppression and the environment in which they were raised, minorities simply could not, in large amounts, get into the top ten percent of their class or get into college.

This argument hits at the very crux of the issue. Because of the culture and environment, created through decades of oppression, impoverished minorities would have a hard time competing with wealthier Caucasians without a built-in advantage. So is the solution to give minorities a built-in advantage? Absolutely not. This will do nothing but increase dependence on that built-in advantage and perpetuate the problem.

The solution is to change the environment in which many minorities are unfortunately born into, the inner cities, the low rent housing projects, and the many ghettos that exist throughout America.

If racism is to end, this has to become a reality.

Another question to be asked is, how prevalent is racism?

According to the media and society in general, racism is extremely prevalent. However, I don’t know anyone who I’ve seen commit a racist act or harbor racist opinion. Am I saying that racism does not exist? Of course not. The existence of organizations such as the Klu Klux Klan or neo-Nazi groups proves this is not true. However, those groups have far less power now than they once did and the vast majority of society would support the dissolution of these groups.

Why then does it seem like every time you turn around there is some horrifying display of racism? It is because society looks for racism everywhere.

With every incident of a police officer shooting a black man, justified or not, the media and activists alike are quick to call it a blatant act of racism. Every tweet that could be interpreted to even hint at race, is immediately categorized as a statement advocating for white supremacy and Jim Crow. Whoever wrote the tweet is immediately fired and blacklisted.

Race, like so many other demographics, has become something that must be tiptoed around, and if you slip up, you are ostracized and ridiculed. Perhaps the issue is not having enough black actors in your movie, or perhaps you simply don’t like or agree with some aspect of a minority’s culture. Whatever the case, very few times is it actually racist or intentional.

As a white guy, many would argue that I don’t have the right or the knowledge to talk about racism. So, let me borrow the words of a black man, and my absolute favorite actor, Morgan Freeman

Does this mean that if you see a horrendous display of racism, you shouldn’t do something? Of course, not. What this means is that you shouldn’t make everything about race and you shouldn’t go out into the world looking for racism. If you wake up looking to find racism, you will, regardless of whether or not it’s actually there.

Instead, wake up looking to find the good in people and the good in society because it is that kind of attitude that will end racism. 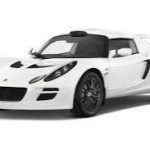 Kyle Reynolds is a young political activist and writer. His writing has been featured on multiple websites including conservativedailynews.com. To contact Kyle email him at [email protected] or visit his personal blog lincolnianthought.blogger.com.