He asked the following question:

“Do you believe being ‘gay’ is strictly genetic?”

The following video is a montage of clips from interviews in which those practicing sodomy admit that they are homosexual due to external circumstances, such as being sexually abused at an early age or going through other traumatic experiences.

When asked how many interviews Sorba obtained during this venture, he answered, “There are many more to come.”

This video is a crucial component to the upcoming Supreme Court marriage decision because it gives natural marriage proponents what they need to neutralize any personal testimony that engaging in sodomy and having same-sex attraction is an immutable characteristic such as race.

WARNING: PROFANITY AND DISCUSSIONS OF A SEXUALLY EXPLICIT NATURE

The video is particularly relevant because in all the past cases in which the courts ruled in favor of overturning state Marriage Amendments, which protected marriage as an institution between one man and one woman, they did so by reasoning that being engaging in sodomy is on the same footing as race and, therefore, protected by the Due Process Clause of the 14th Amendment. Specifically, they state the oft repeated claim that, ‘gays are born that way’ in order to achieve Suspect Minority Class Status. In order to be deemed a Suspect Class under Supreme Court precedent a group must meet three criteria.

There is no scientific proof that people are ‘born as homosexuals.’ In order to argue that individuals are born that way lawyers have relied on carefully selected personal testimonies. Sorba noted, “Carefully selected personal testimonies can obviously rely on biased individuals however who have ulterior motives. For this reason I decided to go undercover to find out the truth from gays themselves. I was surprised by how easy it was to get gays to talk openly about the fact that they believe personal experiences were to blame and many of them stated that they had been in love with a women or were originally attracted to women until abuse occurred.”

The video confirms that sexuality is not fixed like race or gender. “That’s what we have known all along. The emotions are fluid,” observes Sorba. “Modern behaviorist psychology has shown that the nervous system is a blank slate. We can be conditioned to feel this way about that, or that way about this. As can be seen in this video, being gay seems to have something to do with unresolved emotional issues.”

“I feel for the people interviewed in this video and wish the best for them all. By way of this video, these people have been placed into the cross-fire of the culture war, but I have no regrets. The truth in this case is far too important for America. The truth had to come out of the closet before the Supreme Court heard the case for marriage on Tuesday. The institution of marriage is far more important than any one of us,” concluded Sorba.

Next New Black Panther Chairman: We Should be Applauded Like Founding Fathers for Willingness to Die and Kill for Black Nation 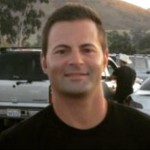