It’s time for me to set the record straight: I do not want Barack Hussein Obama elected to another term. I am not pro-abortion. I don’t want to see the Republic further eroded. I do not think another Obama term will be good for America. And finally, I’m not a Liberal.

People who know me well already know these things, but I figure I’d best spell out these things in the beginning because those who do not know me very well inevitably accuse me of supporting, or being, one of those things above.

The fact is, I’m anything but a liberal. I’m now 35 and I’ve listened to Conservative talk radio ever since middle school. Many people who know me well might tell you that I’m probably more Conservative than Rush Limbaugh or Sean Hannity combined. The reason that I, and many others like myself, have been accused of such things is because of our opposition to Mitt Romney as the GOP nominee.

Trending: America 2025: Will This Be Our Reality?

I liken this Presidential race to a ship traveling down a river, headed toward a huge waterfall. Most of the passengers are arguing amongst themselves over who’s the best skipper to navigate them over the falls. One skipper claims the other will do it too quickly. The other claims his opponent will only slow the process to the rate of the former skippers who commanded the vessel. Meanwhile, the course remains unchanged.

There are a few guys in the back of the boat the majority is ignoring. Whenever one of these passengers suggest they should find somebody who will navigate the vessel to the safety of shoreline, everyone laughs and begin to berate them. Meanwhile, as people argue and the respective captains are swapped back and forth, the vessel inches closer and closer to the edge of the falls.

The passengers in my parable are guilty of the same false dichotomy as are some Conservatives. They only see two options: Romney or Obama. They think they must support Romney because, if he won’t steer them to safety, perhaps he will slow down the ship so that it doesn’t go over the falls as quickly. Those of us in the back of the boat know there are other options, but we’re captive to those who are set on selecting one of two skippers who are hell-bent on going over the falls.

To be honest, I really wish the GOP would nominate someone I could enthusiastically support in 2012. Like many Conservatives, I’m not at all pleased with the current track of government and I want to see a return to the principles upon which our Federal government was founded. The problem is, from where I sit, Romney just isn’t the man for the job. Romney is the quintessential “RINO” and has a well documented Liberal track record as governor of Massachusetts. Why on Earth would I support him?

And why all of a sudden do so many Conservatives think that Romney will somehow be the savior of the Republic? Because he says he’s going to be more Conservative now? Oh come on! I thought we all knew that politicians say anything to get elected. One doesn’t have to think very hard to be reminded of all the promises that have been forgotten once politicians have been sworn in.

As one well known Christian theologian posted on Facebook recently, “I am more eager to see statism defeated than I am to see one statist defeated.” Obama is a statist. Romney is a statist. Neither will usher in more freedom or work to restore limited government. Neither will get my vote.

The course toward the falls remains unchanged no matter which is at the helm. I’ll vote for someone who wants to steer it ashore.

Previous OBAMA AND A CIVILIAN ARMY

Next Government Is Just 'Breaking Wind' On Alternative Energy 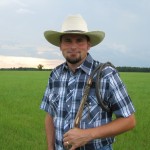