Texas officials and healthcare workers from around the state are urgently warning friends and family that an “imminent Ebola epidemic is a certainty.”

This is not a test.

The above quote is drawn from a conversation between the author and a Texas healthcare professional with over 39 years of experience in many areas of medical care (including ICU, ER, labor & delivery) and currently works as a Director for a hospice organization. The individual quoted also has direct relationships with members of the Texas State Legislature and staff within the Texas Governors office.

The first version of this article contained a mistake stating that Thomas Eric Duncan had been moved from Texas Health Presbyterian in Dallas to Texas Health Presbyterian in Plano two days after arriving at the hospital via ambulance. The sentence should have stated that he was moved from the Plano facility to the one in Dallas. The correction has now been made. The miscommunication occurred during an early morning conversation between the author and and an administrator at Texas Health Presbyterian. Both are residents of Texas and are under an incredible amount of stress due to their personal involvement in the Ebola outbreak. We sincerely apologize for the error and ask that our readers be understanding of the fact that the situation in Texas is a developing one. As whistleblowers continue to come forward we will continue striving to maintain the highest degree of journalistic integrity.

This is a developing story and more details are pending but facts include:

As of noon today, the CDC has concluded a meeting with Texas Health and Human Services recommending that all hospital employees that interacted with Thomas Duncan be confined to the hospital under protective order. Reportedly, Dallas health officials are resisting this recommendation. This comes as officials announced that a second nurse in the Dallas area has been confirmed to have Ebola. She flew on a commercial airline flight only the day before being diagnosed and is currently being flown to Emory University Hospital in Atlanta.

Thomas Eric Duncan was treated at the Texas Health Presbyterian Hospital in Plano for two days before being transported to the hospital in Dallas. This information comes directly from a hospital administrator.

Hospital employees have been threatened with termination if they are caught revealing this information. Those that are financially invested in the Dallas hospital fear that the facility will be forced into bankruptcy because of the Ebola outbreak there. Investors are trying to maintain secrecy about Duncan’s stay in Plano in order to protect their investment in that facility.

The same pool of hospital staff are working at both facilities on an alternating basis.

Healthcare workers that were on scene when Duncan was taken into quarantine report that they were not physically equipped to deal with the situation and that their necks were not covered at all during the process, though some may have wrapped their necks with medical tape.

Healthcare professionals report that Texas Health Presbyterian in Dallas is woefully unprepared to deal with contagious disease even in comparison to similar hospitals.

The CDC released Ebola guidelines for Emergency Medical Services on October 1st. Medical personnel that have called CDC Information Hotline for clarification of these guidelines report that their calls are being answered by people that are not medically trained. Those answering the calls have had trouble providing answers to many questions.

The CDC has not issued any guidelines for hospice workers or those tending to patients within their own homes. The flu season is coming and yet hospice employees are entirely untrained to determine whether a person reporting symptoms may have Ebola or the flu.

Staff at Governor Perry’s office have told healthcare workers that, in congruence with federal law, the Centers for Disease Control is leading the effort to combat Ebola but privately admit that the CDC has made hardly any effort to do so.

The CDC maintains a quarantine station in Dallas, as well as in Houston; yet, they have not moved suspected Ebola patients to these facilities.

Not only are hospitals and state agencies unable to afford hazmat suit for medical staff, most suppliers are out of stock. This comes after the U.S. Department of State recently ordered 160,000 hazmat suits and 5,000 body bags.

Medical facilities around the state report that they’ve been waiting weeks for N95 respirators that are on back order.

Governor Perry’s staff reports that he is ‘fit to be tied’ because he has learned that CDC is recommending that healthcare workers use subpar N95 respirators instead of N100 respirators because the CDC does not want to foot the bill for the more expensive masks.

As of October 12th, Governor Perry has hurriedly formed an Ebola Task Force that is reportedly being trained at Lackland Air Force Base in San Antonio and will be deployed to the Dallas area as soon as possible. Sources worry that the trainees will not be adequately prepared to deal with the emergency because their training is being expedited.

US Army troops that are being sent to the heart of the Ebola outbreak in Africa are being drawn from two bases, Ft. Campbell in Kentucky and Ft. Hood in Texas. Fears are that when these troops become sick, they will be transported back to their home base.

Texas Ebola cases are on the same trajectory as those in Africa, doubling every two weeks. The WHO reports that cases there may soon soar to 10,000 per week.

Today, it’s been reported that Obama has made the unprecedented move to cancel fundraisers to meet with advisers concerning the crisis.

Those that are involved in the response effort in Dallas are even quietly wondering if a state of martial law will soon be implemented in Texas due to the crisis, although there is not yet any reliable indicators that this is a possibility.

Further information will be reported as soon as it is confirmed.

HOUSTON MAYOR: ‘NO DOUBT WE WILL HAVE A CASE OF EBOLA’

DALLAS NURSES ACCUSE HOSPITAL OF SLOPPY EBOLA PROTOCOLS – “”For their necks, nurses had to use medical tape, that is not impermeable and has permeable seams, to wrap around their necks in order to protect themselves, and had to put on the tape and take it off on their own,” the statement reads.

Hospital in Amarillo on lockdown for ‘POSSIBLE EBOLA’

Next Thanks To Obama’s Incompetence, Ebola Is Now Out Of Control In America 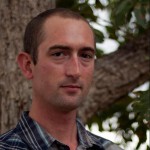 James Franklin is an activist and writer whose work focuses on issues of liberty, human rights and government accountability. His work has been read by millions online at The Examiner, Intellihub, The Daily Sheeple, Gun Owners of America, The Daily Paul, DontComply.com and other sites. He is a husband, a father of three boys and a native Texan. He works as an electronics specialist in the West Texas oil fields, as Regional Director for Come and Take It Texas and as a contributor for DontComply.com