I am sure you have had or have seen a garage sale on a Sunday afternoon as you drive through your neighborhood. You may have been at a festival and there will be a book sale or a vendor selling used CDs, DVDs, or second hand art. Well, depending how a ruling comes down from the Supreme Court next January it may be illegal to sell items you own in the future in this manner. The only way you would be able to continue to do so would be by paying royalties to the manufacturer of these products before you decide to sell them.

The case being heard is Kirtsaeng v. John Wiley & Sons and deals with the sale of text books by Wiley publishing, originally produced in Thailand, that Mr. Kirtsaeng purchased and sold at a discount in the United States. Wiley publishing sold these books at a lower rate in Thailand than in the US which Kirtsaeng saw and exploited for a profit.

In October of last year the 2nd Circuit Appellate Court ruled that “the first sale doctrine” does not apply to books manufactured outside the United States. The doctrine has been around since a 1908 Supreme Court ruling on the subject when it was recognized the ability of someone to re-sell a product they bought lawfully.

A bigger issue here is that this ruling has to do with the role of Intellectual Property rights in a free market. If this is allowed to stand, then you and I will have to pay royalties on items we already have paid for once. In addition, how would this be carried out? Will there be a whole new bureaucracy created to police garage and yard sales, not to mention second hand stores? I personally see this as another way to get folks away from using cash as a medium of exchange, which will help the government better track each dollar a person spends and earns so they can tax more efficiently.

This ruling deals with just products manufactured overseas for now. But what is to stop publishers, movie and music producers, and other manufacturers of copyrighted material from pushing for this law to be enforced on domestic goods. I hope the Justices take a good hard look at this and come to the conclusion that this is unreasonable.

On a more personal note I find copyright and intellectual property laws to be completely contrary to a free market economy. Laws that prohibit others from updating an idea, product, or song due to these laws just makes zero sense. Take phone manufacturers for example. Apple Computers the maker of the IPhone suit Samsung over patient infringement. Apple claims that Samsung stole design for the IPhone. Well, they may have seen the idea and decided to use it, but the end result was different than the Iphone. They did not just go out and create an exact copy of it. They redesigned it to fit their idea of the perfect smart phone. For many, this improvement was vastly superior to the IPhone design.

Next Unlawful Searches: From The TSA To Your Home 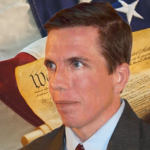