In August of 2016, the DEA’s Public Affairs arm issued a press release announcing their intention to place the kratom plant’s active alkaloids (Mitragynine and 7-hydroxymitragynine) on their list of Schedule I Controlled Substances.

In their statement, they said that this was a move to “avoid an imminent hazard to public safety” since, according to them, this plant from the coffee family has addictive potential. This narrow-minded attitude towards the Ayurvedic herb was based on their limited understanding of kratom’s opiate-like effects.

The most perturbing part of the press release was their admission that kratom had been seized by law enforcement officials in a variety of forms. The admission sent a strong message—that the US government is willing to ignore the extant legality of a plant prior to a ban going into effect.

In other words, since kratom is legal in many US states, confiscation of kratom powder or kratom capsules would amount to illegal search and seizure. As it turns out, US Marshals began seizing kratom supplements at the behest of the FDA who issued an import alert, saying that there was “inadequate information to provide reasonable assurance that such ingredient [kratom] does not present a significant or unreasonable risk of illness or injury.”

What the FDA and the DEA apparently failed to realize was just how many people had found relief from chronic pain and other maladies thanks to the alkaloids in Mitragyna speciosa (kratom). The plant’s leaves have been used for thousands of years by the natives of Southeast Asia and, in recent years, Westerners have been using kratom powder to treat everything from anxiety and depression to arthritis and fibromyalgia.

The plant is unique in that different strains from Bali and beyond exhibit potent anxiolytic (anti-anxiety), analgesic (pain relieving) and euphoric, mood-soothing effects. Additionally, those looking to kick a heroin or painkiller habit have found that kratom alleviates opiate withdrawal symptoms and keeps cravings at bay.

One woman even told CNN that kratom was the only thing that was able to get her off painkillers and effectively relieve the abdominal pain resulting from multiple surgeries.

So if kratom is so good, what’s the problem? Kratom’s popularity clashes with the agenda of Big Pharma and, by extension, Big Government. Fortunately, we the People would not take their attempts at banning kratom lying down.

In the immediate aftermath of the DEA’s announcement of their Intent to Schedule Kratom, several coalitions came together to sign petitions to repeal the ban. #SaveKratom became a prevalent hashtag on Twitter and the Botanical Education Alliance worked tirelessly to amass the most comprehensive scientific dossier on kratom in the world.

Other individuals took to the internet to make vocal their feelings about the proposed ban. One Iraqi War veteran posted a video on YouTube in which he says, “Do I seem angry? Yes. Because you’re taking away a right that I fought for. When I did my tour in Iraq, I fought for my right to be in America and be able to help myself, to cure myself.

No less than 26,000 people signed a petition, asking President Trump to stop the criminalization of the herb and doctors have also come out in defense of kratom with Dr. Josh Axe substantiating its value as an organic pain reliever, anti-inflammatory, anti-malarial, immune system stimulator, opiate maintenance substance and energy-promoting agent.

Jack Henningfield, a professor of behavioral psychology at Johns Hopkins is among those medical professionals who have talked about how the ban will negatively impact scientific progress, saying, “If you make it Schedule I, you kill research and create a black market, and that’s scary.”

Henningfield compiled a comprehensive report on kratom for the DEA’s scheduling decision. Throughout the course of his team’s review of kratom data, they were unable to find a single instance of death was the cause.

After making numerous trips to Washington, the Botanical Education Alliance was able to speak at a White House rally with members of Congress and the Senate about removing the emergency ban. After much effort, their voices were heard.

Alas, the fight is not over; the scientific and medical evaluation was delegated to Assistant Secretary for Health Karen DeSalvo who will conduct the evaluation and make a recommendation. DeSalvo has already stated that she does not object to temporarily placing mitragynine and 7-hydroxymitragynine into Schedule I of the CSA.

Although most Americans can still legally purchase kratom online, attempts at restricting or regulating it are ongoing. It is just one of many recent examples of the government meddling in state and local matters. As you’ll recall, we have seen a slew of bills introduced this year including bills to ban bump stocks on rifles.

Alternately, Washington bureaucrats have tried to pass legislation that would enable people to carry firearms in gun-restrictive states. It’s yet another example of government overreach, one that flouts each state’s right to nullification.

As any staunch libertarian will tell you, this overreaching needs to stop. But any attempt to limit or challenge the government’s power must start with the public. In the case of kratom, that means commenting on the federal register.

The message that needs to be sent to the DEA is simple: Kratom is a natural herb that belongs to the earth and the people that inhabit it.

Next What is Changing America? Government Education Systems 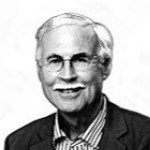