It’s 9:30pm in Tampa, and meetings are taking place all over the city, where delegates just received a copy of yet another proposed rule change by the RNC.

This is the shot being fired over the bow that everyone has known would be coming. The question now is, will some delegates still nominate Ron Paul or another candidate? Does it matter that even though many of us are bound by our state caucus or primary rules to vote for Romney, we’re only nominating a candidate – not voting for them? How many delegates will risk being evicted from the floor of the convention?

“You guys get kicked out, I’m going with you,” said one delegate from Nevada bound for Ron Paul, who wouldn’t be at risk for removal.

Right now states are maneuvering, will there be the five needed for Paul to have the plurality he needs for nomination? Tomorrow afternoon, all will be revealed, but in the meantime, read the rules change below, the latest from “The Party of Unity.”

To the Members of the Republican National Committee and the Convention Committee on Rules:

The undersigned are very pleased to announce that the leadership of the Republican National Committee and the Romney for President campaign has heard the concerns of the conservative grassroots voices in our party and has crafted an amendment to the Rules adopted on Friday to address these concerns.

At the same time, the revised language closes a loophole in our party rules, which previously failed to include a penalty for delegates who break their promise to vote for a particular Presidential candidate as required by state law or state party rules.

We are pleased that our party has come together to fashion this compromise. This will allow Republicans of all stripes to come to the Convention united and focused on defeating Barack Obama in November.

The Convention is our party’s opportunity to energize our supporters and activists. It would be unfortunate to squander the opportunity fighting an internal battle which we have now been able to successfully resolve and which will accomplish the goals of all parties involved.

The resolution that we have reached is straightforward. It simply prevents a bound delegate from nominating or casting a vote for a different presidential candidate than the one to whom the delegate was legally bound by state law or state party rule.

Instead, under this new provision, a delegate who attempts to violate his binding pledge is deemed to have resigned and the Secretary of the Convention will record the improper vote as it should have been cast based on state law or party rule.

It leaves the actual selection of delegates completely to state parties under state law and state party rules.

We are pleased that we were able to reach an acceptable resolution and urge the members of the Convention Rules Committee to adopt the revised Rule tomorrow to be included in their report to the Convention.

Text of the Rule:

For any manner of binding or allocating delegates under these Rules, if a delegate

(i) casts a vote for a presidential candidate at the National Convention inconsistent with the delegate’s obligation under state law or state party rule,

(ii) nominates or demonstrates support under Rule 40 for a presidential candidate other than the one to whom the delegate is bound or allocated under state law or state party rule, or

(iii) fails in some other way to carry out the delegate’s affirmative duty under state law or state party rule to cast a vote at the National Convention for a particular presidential candidate,

Editor’s note: It is our desire to make sure that people are fully informed of what is going on at the convention. Nomination is not delegate voting. It is not the same thing. Mrs. Kennedy has been trying to keep people aware of what is taking place behind the scenes. If this is such an issue, then let us ask ourselves why do we send delegates if their vote will just be recorded as it should be and not as it is cast? Why not just skip all of that and enter a vote without the expense of travel and accommodations? I’ll leave that up to the reader to decide. By the way, this doesn’t just apply to Ron Paul. Promoters of Sarah Palin are also eager to put her name into nomination as well.

Next Reality Check: RNC Is About To Shut Out All Grassroots Efforts 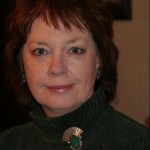