As I write, the number of dead – 800, and injured in Egypt due to the military’s response to civil unrest is growing by the hour. Reports coming from the legacy media, are attributing the deaths to what they characterize as a brutal military crackdown.

This has prompted some journalists to put forward the proposition that secularists and liberals have a share in the responsibility for encouraging the Egyptian military to oust erstwhile President Morsi and that somehow democracy has been thwarted – the result being the police and army’s attacks on Morsi supporters. Incidentally, when you see the phrase ‘Morsi supporters’, translate that to the Muslim Brotherhood and their first cousins, the Salafists.

Normally, and almost universally, I tend to sympathize with what I believe to be unarmed protesters being cut down in the streets by government forces. I say normally, because it is a matter of principal and it’s one that is not hard to argue or defend. There’s more going on in the uprisings in Egypt, however, than meets the casual eye. First, the general reputation of the protesters has to be taken into consideration. Are these Morsi supporters something that could be compared to the more benign elements of the Occupy protests, or Tea Party people rallying to send a message of dissent to lawmakers? The history of the Muslim Brotherhood and the hard line Salafists, says no.

In order to really grasp the motives behind the Egyptian army’s gloves off approach to dealing with the political Islamists in Egypt – you have to look beyond the recent public relations positioning of the Muslim Brotherhood. The Muslim Brotherhood was founded in Egypt in 1928. It is “the mother of all Islamist movements,” says Shadi Hamid, a Middle East expert at the Brookings Institution’s Doha Center. It was not many years later that its leadership allied itself with Hitler and the Nazi Party in Germany. The Muslim Brotherhood began a propaganda campaign against Jews, circulating copies of Mein Kampf and the ‘Protocols of the Elders of Zion’ in Arabic. The Protocols of the Elders of Zion is a hateful forgery and has been extremely poisonous wherever it has been distributed, leading to vicious persecutions and deaths of Jews worldwide. Mein Kampf, the ferment of a psychopathic mind – needs no introduction to students of history.

The Muslim Brotherhood, has throughout its existence, been relentlessly involved in efforts to destabilize Egypt through political intrigue and violence – carrying out assassinations, attacks on public officials, destruction of public property and coup attempts. Because of this, it has always been viewed with distrust by Egypt’s leaders, from Nassar through Sadat and Mubarek. Council on Foreign Relations (CFR) writer, Zachary Laub, notes that one of the early leaders of the Brotherhood, Sayyid Qutb, jailed on suspicion of plotting to kill President Nasser, was the chief architect of the Muslim Brotherhood’s agenda to employ Jihad in order to usher in Sharia and Islamic rule in Egypt and beyond.

Laub describes Qutb’s writings, particularly his 1964 manifesto Milestones, as providing “the intellectual and theological underpinnings for numerous militant Sunni Islamist groups, including al-Qaeda and Hamas.” Laub also says that extremist leaders often channel Qutb, who was hanged in 1966, to argue that governments not ruled by sharia are apostate, and therefore legitimate targets of jihad.

Many journalists and academics have been seduced by the seemingly moderate public rhetoric of the Muslim Brotherhood. These analysts say the group has undergone a gradual transformation, moderating its earlier ambitions and demonstrating a willingness to participate in society along democratic lines. Carrie Wickham of Emory University was one of the professorial class that was taken in by the Brotherhood’s clever tactical shift over the last 30 years. “Although the Brotherhood entered the political system in order to change it, it ended up being changed by the system.” She notes that interactions with politicians and members of civil society outside the Islamist camp have moderated some of the Brotherhood’s political positions.

The mask has been taken off since last year’s demonstrations in Tahrir Square and the election and subsequent removal of Morsi. Circumstances peeling the first layer of this thin veneer of populism and good will, revealed a deep well of intolerance and neanderthalism. Despite their earlier promises of not seeking to dominate the new government formed by elections following Mubarek’s ouster – they did that very thing indeed.

Middle East scholar Robin Wright describes Morsi’s governing style as ‘majoritarianism’—”autocratic rule by the largest party.” That in reality, is what informed the process of the creation of Egypt’s constitution – which predictably met with wide disapproval in the country. Wael Nawara, an activist and visiting fellow at Harvard Kennedy School, proposed that “the Muslim Brotherhood’s assault on Egyptian identity, culture, and way of life, was the “core cause of protests.”

That takes us forward to this week’s violence. Hamza Hendawi and Maggie Michael of the Associated Press report that much of the violence has been precipitated by the Muslim Brotherhood and Morsi protesters and they cite as an example, an incident in which protesters trapped a police Humvee on an overpass near the Nasr City camp and pushed it off, according to images posted on social networking sites that showed an injured policeman on the ground below, near a pool of blood and the overturned vehicle.

52 policemen have been killed by the protesters, as noted in a Reuters report, but that you likely haven’t heard in reports from the legacy media here in America. As Tom Perry and Alexander Dziadosz write for Reuters,

“Shocking scenes, including television footage of unarmed protesters dropping to the ground as security forces opened fire, have been seen around the world, but many Egyptians support the crackdown and resent international criticism of the army.”

“What happened was the only logical way to end their sit-ins, which did have weapons and … violent people,” said Ismail Khaled, 31-year-old manager in a private company. “Thank God the police ended them. I wish they had done so sooner.”

Egypt’s ambassador to Britain rejects the characterization of excessive force on the part of the government. Speaking at the Egyptian embassy in London, Ashraf El Kholy said the camps set up by Morsi loyalists were “not as peaceful and innocent” as protesters claimed.
“I think with these number of deaths and this amount of violence, (the protesters) got what they wanted,” he said.

It appears what they wanted was a bloody confrontation and the results speak for themselves. Remember, these protesters are deeply immersed in the mentality of Jihad and its possible consequences which they have been taught to accept as martyrdom. This is routinely displayed everywhere that Islam is projecting its violent struggle for ascendance over secular society. A good example is the Intifada campaigns of the P.L.O. and its successors, Hamas, in Gaza and the West Bank.

It should also be born in mind, that there is no tradition of democracy in the Middle East, so it is fruitless to try to look at the events that have unfolded and the types of measures the government has found necessary to resort to in Egypt, through the lens of representative government and the deliberative processes of American or Western European civics.

There’s another element in the events of the last week that are being reported by the international media, but given short shrift on this side of the Atlantic, and that is the bloodlust of the Muslim-Brotherhood and its ideological bunkmates, the Salafists, against Christians in Egypt.

Mina Thabet, an activist with Christian rights group the Maspero Youth Union, says there’s a “retaliation war” against the religious minority, which makes up around 10 percent of Egypt’s population, and told Al Jazeera on Friday that at least 32 churches had been “completely destroyed, burned or looted” in eight different governorates over the previous two days. The group also recorded dozens of other attacks on Christian-owned shops, businesses and schools around the country. The Egyptian Initiative for Personal Rights (EIPR), an Egyptian NGO, says attackers targeted Christian schools, shops and homes across all 27 provinces.

“The Egyptian defense minister ordered the engineering department of the armed forces to swiftly repair all the affected churches, in recognition of the historical and national role played by our Coptic brothers,” read a statement that aired on Egyptian television. Bishop Mousa thanked Sisi for his efforts to repair the damaged churches. “We thank Col. Gen.Sisi for commissioning the brave Egyptian armed forces to rebuild the places of worship damaged during the recent events,” Bishop Mousa said on Twitter.

As is typical with the paranoid and hate infested adherents of radical Islam, they are falsely accusing Christians of having a significant role in the Army’s removal of Morsi and the Brotherhood. This is the justification they are trotting out to the media for their attacks on Christians. The fact of the matter is that over the course of Egypt’s modern history, the Salafists and their allies within the Brotherhood have never needed justification to commit atrocities against the Coptic minority population.

No one should marvel at the fact that a religious minority under siege by such as the most virulent of the adherents of Wahhabism, will naturally seek to maintain close and positive relations with the only entity in Egypt that is capable of protecting them from a total holocaust – the Army.

For those who think that the actions of the interim government against the Islamists are unprovoked and unanticipated, I ask you to examine the following list of aggressions inflicted on Christians and churches throughout Egypt. I’m of the belief that the Religion of Hate has called down wrath and bloodshed upon its own head.

Previous God Is Dead Poster Is Not Offensive Enough To Take Down? 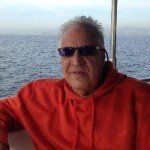 Richard Cameron is writer and editor at Blasted Fools. He brings a depth of insight from decades of research in the fields of cultural anthropology, psychology, historical research, and Constitutional scholarship. His site is impacting thinking individuals on an international scale. The site now has readers in over 87 countries at last count and growing daily. We even have readers in unexpected nations like Pakistan, Saudi Arabia, Turkey, Afghanistan, Indonesia, Nigeria, Vietnam, Morocco, Kenya, and Algeria! Hoping to break into China, Iran, Cuba and ...North Korea?