UPDATE: We apologize. The video is from a neo-Nazi protest. While I certainly don’t stand with neo-Nazis, it was never reported that they caused any violence. The violence came from others in the crowd, which even led to stabbings. The title of the article has been changed to reflect this information.

It is no longer safe to sit outside in a public park in Sacramento, the capital of California. Look at these men who are hitting people with what appear to be long wooden sticks or baseball bats. Chaos ensues and people get up off of their blankets to get away from the violence. This is Obama’s “hope and change.” 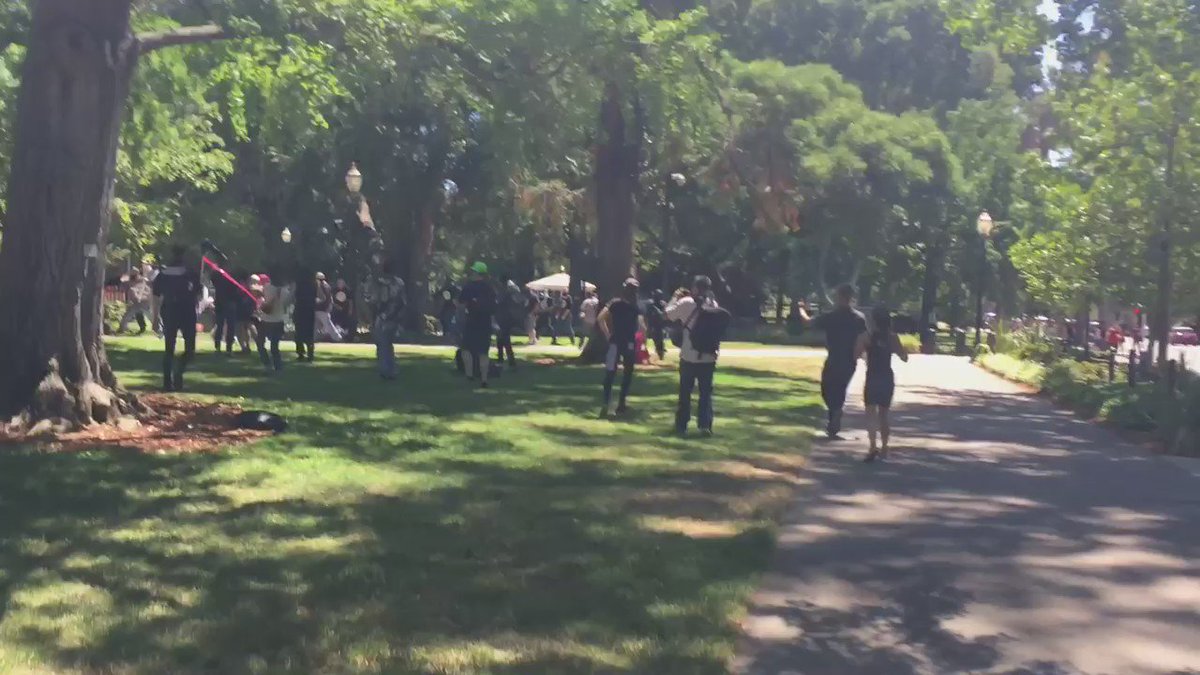 Previous Pakistan: Muslim Tortures Wife to Death for Not Giving Birth to a Boy