Most people like a rags to riches story, and when it happens to someone who had to drop out of high school to earn a living, it make you feel good to know they made it. How about a guy who came to the United States as an illegal immigrant at age fourteen and now at age fifty he actually owns his own jet? Well, this is a true story of a man named Farshad Dastmalchi, whose parents sent him to America from Iran, at the tender young age of fourteen. In case you are familiar with my previous articles, or my book, this is the brother of my ex-husband Farzad Dastmalchi, an illegal alien from Iran, who still resides in this country and continues to work for a defense contractor. Their family even has ties to the Director of Flight Crew Operations at the Johnson Space Center.

Farshad had an older brother named Farzad, who already came to the United States on a student visa in 1976, where he attended Southwest Missouri State University. As soon as Farshad arrived, he decided he was not going to go to school every day and he was definitely not going to take orders from his older brother. Immediately, Farshad took full advantage of the newly found freedom he had in the United States, and he moved in with a young divorcee.

Farshad went to school just enough to make his drug connections, both to use and sell. Eventually, Farshad dropped completely out of high school and spent all of his time partying and getting into trouble, until 1983, when his older brother, who had since graduated with two degrees in engineering, married a girl named Cynthia and decided to move to California. Farshad had to accompany them as he had warrants for his arrest for unpaid tickets in Springfield, Missouri.

Upon arriving in California and briefly residing with Cynthia’s parents, Farshad didn’t waste any time getting into trouble by wrapping his car around a telephone pole while under the influence of drugs and alcohol. Cynthia was very angry that he would behave this way while staying at her parents’ home, so she insisted her husband ask him to leave. Farshad would later show his gratitude towards Cynthia’s parents by signing up for flying lessons and using Cynthia’s dad’s name to assume responsibility for the costly lessons.

Dastmalchi continued his drug sales while dating the local police chief’s daughter, and eventually he moved 35 miles north to Sacramento.

Farshad expanded his business and met a new girlfriend, whom he fathered a child with, but never married. He began selling used cars, but he still managed to get into trouble, so he decided to use his brother’s driver’s license number when he would get pulled over for tickets. He also began sharing his brother’s social security number because he was now in the United States illegally.

Cynthia was not aware of all this illegal activity during the first three years of her marriage to Farzad. It was only after her husband received a speeding ticket through the mail from the city of Sacramento that she was made aware of his activities. Farzad finally came clean about his brother being on an expired student visa, but he reassured Cynthia that he wanted nothing to do with his brother’s law-breaking lifestyle.

Farzad was working as an aerospace engineer for Hughes Aircraft in Fullerton, California and he did not want to compromise his secret security clearance with his brother’s illegal activities. Farshad decided he didn’t want people to know he was Iranian, so he changed his name to Frank Dasmacci, and passed himself off as Italian. The problem with being in the United States illegally is that when you do a name change, it isn’t legal either.

Frank found a new girlfriend named Cherie and decided he wanted to get married, but he didn’t want her to know he was illegal and using a fake name. So, he managed to forge some documents to validate his new identity. All was going well until Frank’s parents decided to come for a visit from Iran to meet the new daughter-in-law. This would be a problem for Frank as he had told Cherie he was Italian. So, he came up with a story that his parents were killed, and the Iranians claiming to be his parents were, in fact, his adoptive parents.

Cynthia spoke enough Farsi to know what Frank was telling his unsuspecting parents, and she tried to tell Cherie that Frank was lying about his parents, his name, and his citizenship, but Cherie refuse to believe her. After giving Frank another daughter, Cherie discovered the truth about her illegal husband and she divorced him.

By now, Frank had acquired his own company and he was arranging home mortgages for unsuspecting clients. Frank had a gift for conning people, especially women, so it didn’t take long for him to find another trusting woman to marry.

It’s unclear whose social security number Frank was using, but he got into a little trouble with the IRS and bragged about owing $600,000.00 in back taxes. He laughed at how stupid the IRS was because he was able to put all of his assets, which included a yacht and a new jet, in his wife’s name. Obviously, it didn’t occur to the new wife he was able to do this because they were not legally married thanks to his fake name.

In 1995, Cynthia divorced Farzad and discovered documents in her home which indicated her husband of twelve years was also a complete fraud. Not only was Farzad also illegal, but he had forged documents to show he was born in Springfield, Missouri instead of his real birthplace of Iran. This revelation was not only shocking, but it meant Farzad had been working on secret security defense projects as an illegal alien from a terrorist country.

Farzad was finally prosecuted for his illegal status and forging documents after his arrest on September 13, 2001. While incarcerated in a Texas Federal prison, a threat was sent to the FBI, stating explosives would be set off on the Camp Pendleton Marine Corp base in Oceanside, California if Farzad and two other Iranians were not released.

Immediately, Cynthia was brought in for questioning even though she had been divorced from Farzad for five years. The FBI confirmed they knew Farshad and Farzad were illegal for many years, but they were not considered “big fish,” so they were never deported. The FBI told Cynthia they were being monitored for many years, but they were no real threat. Cynthia asked the agent why they would allow these men to marry women and ruin their lives with their lies and illegal activities, but all the agent said was they have bigger fish to worry about.

The FBI confirmed Farshad was still illegal even though he claimed he was given amnesty by the Clinton administration, and his marriages to his wives were not legal because his name change was not legal. Farzad was offered a plea bargain to plead guilty to felony false representation of citizenship and serve only eight months in prison with the stipulation he would be deported back to Iran after release, and never be able to re-enter the United States for any reason including political asylum.

Currently, Farzad is still living and working in the United States, twelve years after his release from prison. In fact, he was working for General Dynamics as an illegal with a felony as recently as 2012. Frank is still living the high life in Sacramento where he and his wife own a construction company called Nationwide Secure Remodel. Frank placed an ad on Canard Aviation in an effort to recruit an instructor to teach him how to fly his new jet, and couldn’t resist bragging about his yearly flight hours in his other plane, a Comanche 250.

I wonder if Frank’s current wife is aware of his illegal status or her fake marriage. Furthermore, I wonder how many Americans are completely unaware that this goes on every day under the watchful eye of the US government.

For more, check out my book Under the Watchful Eye.

Previous Benham Brothers on Show Cancellation: ‘They Just Don’t Want Us To Be Vocal About Our Faith’ 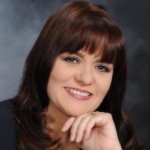