President Obama managed to crack open the door to bringing down the Second Amendment on January 16, 2013. The President signed twenty-three executive orders as he paraded in the four children who supposedly wrote him asking him to it for their safety (similar to his Obama-care signing). I noted he didn’t bring a single man, woman or child in who wrote to the President asking not to infringe on their Second Amendment rights. They know exactly what they are doing. They have already done it in California.

Now I have to move to Wyoming to exercise my constitutional rights? I was under the impression that a citizen of the United States of America had their Constitutional protections and rights wherever they reside within these “United States” of America. Some of these commentators are about as swift as a mud puddle. Wait until they start infringing on the freedom of the press just a hair and see how fast they get their suit pants in a bunch! What other parts of the Constitution can some states abide by and others not? It’s a bad idea. Once we start letting the Federal government do what they want as long as it isn’t in their state, we’re in trouble. Stand up for what is right even if you stand alone!

When the terrorist’s attacked us on 9/11/01 the government used it to completely and effectively usurp  the Fourth Amendment.  It seems to be just a question of which one will happen first; the complete dismantling of the Constitution or a financial collapse? We have just witnessed a reverse psychology attack on the Second Amendment. We have also witnessed the slower but just as effective devastation of the Fourth Amendment. If our government sent 80% of these agencies and the fancy spy gear listed below over seas we might catch some terrorists! Instead they use their resources mostly within the United States to collect data on its own people.

Intrusive body scans with or without your knowledge

Cell Phones are used to collect all kinds of data, including pictures, texts, where you are and it’s even logged if your phone attends a protest.

NSA Warrant less Surveillance Program, calls, faxes, e-mails or anything else they want. This outfit is scarey and completely above the law. (warrantless surveillance)

Backscatter technology to look into houses, cars and even through your cloths

Data mining everything you do on the Internet to build very accurate user profiles.

Now they’ll have your doctor keep track of the number, make and model of your firearms, and decide wether or not you are mentally stable enough to keep them.

We need a few more Law Enforcement agencies to finish off the Constitution. The Police State of the former Soviet Union was known for it’s big government and its intrusive KGB.  Our government has much more on it’s people than any other government in the history of the world. Here’s just a few of their agencies:

These are just a few of the Federal agencies. I won’t even go into the state, county or city law enforcement agencies. The United States of America has approximately 16,000 law enforcement agencies, give or take a couple thousand (the numbers vary from 14,169 to 18,000). I made an attempt to find out just how many laws these 16,000 agencies enforce. I wasn’t able to locate a solid number but the last government print order for just a single copy of  U.S. Laws and codes was over 200,000 pages.

Finally, in my opinion the federal government isn’t losing too much sleep over the loss of precious American lives. Seven combat veterans commit suicide everyday, one active duty service member every day. We don’t hear much about those “precious lives,” do we? Their families weren’t invited to the White House for the big signing. Hundreds of thousands of men and women have died for our freedom and liberty, carefully crafted in our Constitution. Unfortunately, when some kids are killed because of a decline in religion, morals, values, family, respect, a sense of community and teaching of consequences, the government goes after our Constitution.

There is something seriously wrong.

Previous Don't Bring A Knife To A Gun Fight

Next A Defense of Liberty Against Tyrants 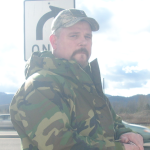