Hunting the big bucks is a passion for most of the American people including different age groups.

That is the reason, Hunting in America has exerted a big impact on the lives of the Americans as well as the American economy.

It is a reality, no doubt. You will wonder to know the economic impacts of the American hunting.

I have collected the most prominent facts and figures to give you the details about it.

How did Big Bucks Exert the Mega Impacts on the Economy of America?

American hunters remain enthusiastic to hunt the big bucks, and it has proved to be the reason of countless jobs for the people.

And not just jobs because of hunting USA generate over $13 billion in revenue because hunters invest big chunk of cash into their rifles, ammunition, different types of optics and sights like mentioned here Huntingmark.com.

Besides, there are a huge number of paid license holders who are licensed for hunting.

If we see the stats of the year 2011, it is shown to us that there is a great economical impact (in Billion Dollars), even more than the revenue generated by Google.

Isn’t that shocking? Surely it is!

So, check out the more facts and figures along with the surprising stats via this infographic published by NSSF’s, that contains all the calculated estimates to prove the facts mentioned above.

So, it is now obvious how big buck hunting accelerated the economy of America, that crossed the limits even more than the Google’s revenue generated in 2011.

All these facts and figures are collected from the authentic sources and based on the real time happenings around.

Next Should Anti-Trust Laws Be Used to Break Up Social Media Giants? 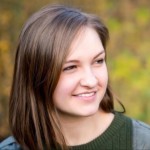 Jessica is a hunting enthusiast and contributes to several websites, including HuntingMark.com