Former Secretary of State, first lady, and failed 2016 presidential candidate Hillary Clinton has been selected as the keynote speaker of the FireEye Cyber Defense Summit, which will take place in Washington, D.C. on October 7-10.

Kevin Mandia, CEO of FireEye, commented that, “Secretary Clinton’s extensive knowledge of foreign policy, her firsthand experience on the front lines of diplomacy, and her understanding of the challenges facing open, democratic societies give her a unique perspective on some of the most pressing conversations shaping our world today,” according to Business Wire.

FireEye announced on Twitter, “We are pleased to announce that Former U.S. Secretary of State Hillary Rodham Clinton will be a featured keynote at our #FireEyeSummit in October! Secretary Clinton will engage in an intimate Q&A keynote discussion with Kevin Mandia.”

It will be interesting to see the sort of questions that Hillary gets asked at the ‘intimate Q&A.’ Mrs. Clinton, what are the advantages of using BleachBit over other computer wiping software? Can you demonstrate the proper way to smash a Blackberry

? If I were to put classified government information at risk, how long would my jail sentence be?

Fox News gave details on Clinton’s infamous email scandal, “Clinton denied any intentional wrongdoing as investigators found that as Secretary of State, she sent classified material over an unsecured server in her basement. She and her team faced suspicions of trying to conceal evidence as well after it scrubbed her server. At one point, Clinton seemed to defender herself by suggesting she didn’t know what it meant to ‘wipe’ a server. ‘What, like with a cloth or something?’ Clinton said when asked about the issue during the election cycle. ‘I don’t know how it works digitally at all,’ she said.”

The fact that Mrs. Clinton, who is the poster child for whatever the opposite of cybersecurity is, not only accepted the invitation to give a speech at the Cyber Defense Summit, but is the event’s featured speaker has become a popular subject of ridicule on social media.

Students for Trump tweeted, “Hillary Clinton speaking at a Cyber Defense Summit… Seriously? The woman who illegally sent/stored classified materials on a private server is going to give a keynote on cybersecurity? Is the talk titled, ‘What Not To Do?’”

The woman who illegally sent/stored classified materials on a private server is going to give a keynote on cyber security?

Is the talk titled, “What Not To Do?” pic.twitter.com/fcNPJcPHDI

Herman Cain of The Cain Show posted, “Hillary speaking at a cyber security summit pretty much sums up the Democratic Party in 2019.”

Hillary speaking at a cyber security summit pretty much sums up the Democratic Party in 2019. #HillaryClinton https://t.co/64VLo7Yn7K

What’s next? Will Harvey Weinstein headline a talk on sexual harassment in the workplace?

This just goes to show that nothing is impossible in 2019. 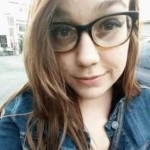 Madison is a freelance writer who identifies as a member of the new generation of conservatives developing in America, characterized by teens and 20-somethings reawakening to reason, which most people of the millennial generation lost in their assertions that what is false is true (such as that “gender is only a social construct.”) Engaging political content is her specialty, and she is always looking to write for more publications dedicated to free speech, truth, and true American values. You can get in contact with her here, via her portfolio blog: www.redpilledwriter.wordpress.com