The topic of gun-control has spurred countless debates about whether or not eliminating guns will lower crime. School shootings are cited, eliciting emotions that urge us to protect our children at all costs. Crime rates are posted, with pleas to give up this one little freedom so we can have more security.

Most of us don’t hunt for our food or belong to a militia, so why the debate over gun-control? Because gun control isn’t just about the guns.

We know for a fact that gun control does not lower crime. Researchers from the University of Melbourne, concerning Australian gun laws, have said, “There is little evidence to suggest that it had any significant effects on firearm homicides or suicides.” In fact, suicides by other means actually increased after the ban.

The British Shadow Home Secretary, Oliver Letwin, made a similar statement, “Despite the street crime initiative, robbery is massively up. So are gun-related crimes, domestic burglary, retail burglary, and drug offences.”

We’ve even tried a form of gun control ourselves with the assault weapon ban of 1994, which did nothing to deter gun violence.

Wise men learn from the mistakes of others, so why is the federal government refusing to look at the facts and drop the issue? Because they’re after something more than our firearms.

In 1788, one of our founding fathers, George Mason, said, “To disarm the people – that was the best and most effectual way to enslave them.”

To enslave is to make subservient, to submit or subdue, to subjugate; and to subjugate is to bring under control, to conquer. And governments all over the world have used it to conquer their own.

During World War I officials in each Armenian district were ordered to surrender their firearms. If they did not surrender enough to fill the quota, they were executed for conspiracy. In March of 1938 the Nazis established new gun laws targeting Jews. Eight months later they started a riot against the Jews in which they looted their homes and businesses.

Journalist Edward Wimberley stated, in an article in Naples News, “Those regimes seeking to assert and maintain absolute control over the citizenry will always try to disarm them first by means of confiscation, regulation, taxation, and through controlling markets for firearms and ammunition. Without exception, an unarmed citizenry is one that can be effectively bullied and coerced and are readily controlled by the government.”

Is the federal government truly seeking to subjugate Americans?

In searching history, the news, and archives, each story of gun-control ends in higher crime rates, more government control over the people and abandonment of freedom by the people. Abandonment, because if the Citizens of the United States don’t stand up for what they believe, they will be coerced into giving up their freedoms one at a time until there is nothing left. If that’s allowed to happen, the government will, indeed, have complete control.

We’re not only seeing this type of dominion in gun-control, but in the loss of other freedoms, losses which are claimed to provide more safety and security, but only guarantee enslavement to fear, and to the government. As I stated in my novel, inDIVISIBLE, “They control us with fear of terrorism, fear of pandemics, fear of travel, fear of ourselves.”

One has only to look around to see our basic freedoms being denied, stripped away from us, and gun-control is just one more step forward in a push to eliminate the freedoms protected by the Constitution.

If left up to the government to decide for us, the American people will one day be entirely accountable to a government that seeks only to satisfy its own greed.

Speaking up makes a difference. Writing a physical letter to your representatives forces them to pay attention. We can’t sit back and watch our nation destruct.

Even the Lord has instructed, in Galatians, 5:1, “Stand fast therefore in the liberty wherewith Christ hath made us free, and be not entangled again with the yoke of bondage.”

Previous Feinstein Gun Bill's Purpose: "Dry Up The Supply Of These Weapons"

Next America – The True Nature of Our Government 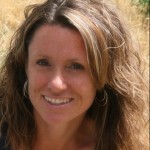