There is one thing you don’t want to run into: A woman with a gun! On top of that you don’t want to run into an eighty-seven year old woman with a gun. After all she’s lived her life, she’s got nothing to lose from blowing you away should you try and break into her home. Two punks learned this lesson the hard way, when they thought they would burglarize Jean Frohling’s house without incident.

This story took place just about an hour or so from where I live, in Hendersonville, NC. 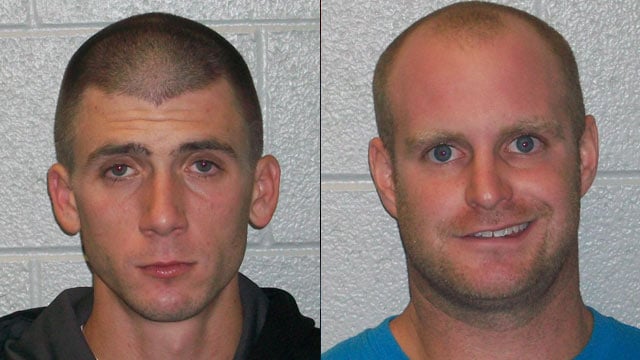 After calling 911 to report the incident she then pulled out her gun. While she told the 911 operator “No I’m going to shoot them, well you know, I will stay armed until the police get here,” as the men tried to enter her bedroom and were using a flashlight to look around. She did take the gun out of her drawer after calling out to them. They fled the premises and she went out to take a look around the house.

The suspects took $100 from her purse and she noticed the place by the window where they entered her home.

The suspects fled the house and were later caught. They are now in the Henderson County detention facility under $60,000 bond. They have been linked with four other burglaries and fifteen breaking and entering larcenies.

The woman says she will not put her gun in her drawer from now on, but will keep it on her nightstand for easy access. I say, “Go get ’em Granny!”

This is just the sort of story that should be branded about concerning the Second Amendment and law abiding citizens being able to be armed against evil doers such as Lewis and Staton. I especially love the fact that this lady is just like Samuel Williams who was a senior citizen and thwarted two thugs and saved the lives of several people.

Next Catholic Democrat Governor Prays to Allah During Ramadan