French leaders announced that there are significant reasons to believe that Syrian forces continue to use chemical weapons on their own citizenry in its effort to crack down on opposition targets.

Appearing on the Europe 1 radio show this weekend, French President Francois Hollande indicated his government had “a few elements of information” that government forces in Syria are behind recent chlorine gas attacks in at least three towns, although he stressed that at the moment concrete proof was still lacking.

While French intelligence officials work to substantiate the claim, French Foreign Minister Laurent Fabuis told the radio station that they have received “indications” of the attacks. While noting they were “less significant” that those taking place near Damascus in August of last year, they appeared to be very deadly.

Since the horrific attacks in August, French intelligence has maintained close communications with Syrian opposition forces and believes information will come forward shortly to verify these fears. The attacks in Damascus killed nearly 1,400 people in rebel strongholds near of the capital, prompting US President Barack Obama to threaten a military strike against Assad. US Secretary of State John Kerry negotiated a deal with Russian Foreign Minister Sergey Lavrov which called on Syria to have destroyed its entire stockpile of chemical weapons by June, 2014.

The United Nations Organization for the Prohibition of Chemical Weapons announced Saturday that they were confident Syria had destroyed approximately 80 percent of its chemical arsenal, but sources concede the Bashar al-Assad regime remains weeks behind the agreed upon implementation schedule.

Given the recent tensions between the United States and Russia over the latter nation’s alleged violation of Ukrainian sovereignty and the continuous flouting of international law by aggressor nations, skeptics around the globe have openly questioned if the United Nations can be counted on to enforce the agreement.

Putin’s recent action in the Ukraine furthermore gives cause to doubt Russia’s intentions and ability to serve as an honest broker regarding Syria, a long time Russian ally. In an ever brewing global chess match, western allies continue to stay a step behind as an anxious world worries that their reluctance to exert their strength will further embolden a growing “axis of evil,” who have continued to violate international law with impunity.

It was Irish statesman Edmund Burke who was famously quoted as saying, “The only thing necessary for the triumph of evil is for good men to do nothing.” 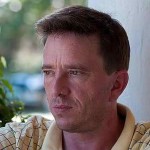 Paul is the owner of Dignitas News and is also a contributor to Freedom Outpost and Tea Party Tribune.