In Obama’s America, it can seem like freedom and limited government are a thing of the past. With a ballooning federal deficit, religious freedom under fire, and the Constitution treated as a joke, it’s hard to find good news for our great country.

Hard, but not impossible. Thankfully, there’s hope, in the form of a determined group of conservative activists that’s growing by the day: the Free State Project.

With too few dedicated conservatives to reclaim America from the destructive policies of the Obama administration, a group of patriots hatched a plan to take our country back one state at a time, starting with New Hampshire, the Live Free or Die state. The goal was to get 20,000 participants to sign a pledge to move to New Hampshire where they would vote and run for public office, taking back state government from liberal control and reestablishing limited government. So far, over 16,000 signers have pledged to move once the 20,000 number has been reached, and almost 2,000 have already moved without waiting for the final number to be achieved.

The brave early movers have turned an already-free New Hampshire into a much freer place. Dozens of these Free Staters have been elected to public office, passing (and blocking) legislation by Free Stater margins, including providing the crucial votes that returned conservative Bill O’Brien to his position as state House speaker. Liberal state representative Cynthia Chase even called out Free Staters as the biggest threat to her socialist agenda, and called on government to limit their freedom.

A team of intrepid filmmakers made an hour-long documentary, 101 Reasons: Liberty Lives in New Hampshire, to show off all the ways conservatives are winning in the Free State and inspire others to do the same. By studying what works there, we can replicate their successes elsewhere.

Liberty isn’t dying everywhere. It lives in New Hampshire. We can take America back, one state at a time.

Next The Muslim Brotherhood in American Schools 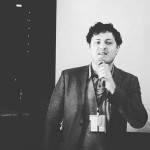 Joel Valenzuela is the editor of The Desert Lynx. Previously he worked in Washington, D.C. in public policy for organizations such as the Leadership Institute, the Cato Institute, and the White House Office of Public Liaison. He studied Statesmanship at the undergraduate level and Global Affairs at the postgraduate level.