Back in 2009, President Obama said he wanted to see a “reset” in this country’s relations with Russia. There were a number of signs that such a reset was not only possible, but proceeding as planned. The two countries’ attitude toward arms control – long a topic of strong disagreement – seemed to have softened dramatically, resulting in a long-delayed agreement to bilaterally reduce the stores of long-range strategic weapons. Shortly thereafter, the U.S. enthusiastically endorsed Russia’s admission into the World Trade Organization. Russia decided to allow U.S. military to cross Russian airspace in its operations in Afghanistan, and even supported the United States’ efforts to impose more punitive sanctions in Iran. For a little while, it actually looked like the U.S. and Russia might be allies who shared some common objectives. But that alliance has pretty much dissolved in the last five years, leaving diplomats and media pundits scratching their heads trying to figure out what happened. Below are a few things that might be causing – or at least widening – the rift.

1) Putin has to prove he’s a powerful leader.

Despite their efforts to better integrate into an increasingly democratic world, much of Russia’s powerful ruling class is still resentful of the loss of influence that followed the breakup of the Soviet Union. If Putin hopes to retain power – or his head, for that matter – he has to convince those hardliners that he’s as hard-line as they are, even as he dabbles in diplomacy. His efforts to establish credibility with the old-school are visible not only in the increasing belligerence he displays in his foreign relations, but even in the photo-ops that are so widely seen by the Russian people. As Sen. Lindsey Graham (R-SC) stated on CNN’s State of the Union (July 27, 2014), “Putin, who has an economy the size of Italy – he’s playing a poker game with a pair of 2s and winning.”

2) With the increasing unrest in the Middle East, Russia is positioned to be a major player in the energy field.

Russia is already a major supplier of oil and natural gas to much of Europe, and they know that the Euro leaders are very hesitant to see their supply reduced. Putin knows that he can get away with “annexing” Ukraine, even if doing so requires an inconvenient but workable invasion.

3) The last thing Russia’s neighbors want is a conflict on their home soil.

Europeans remember all too well what it is like to have a war fought in their back yards, and will go to great lengths to avoid getting involved in a military confrontation with Russia. The fact that Russia still possesses more strategic nuclear weapons than the rest of Europe combined – and the fear that if pushed, Russia will use those weapons – greatly reinforces the Euro countries’ reluctance to confront Russia militarily. They’re just happy that the U.S. didn’t accept Ukraine for membership in NATO, which could well have resulted in World War III. The hope remains that Moscow and Washington will work out their biggest differences, and return to a relationship that is at least superficially amicable, if publicly strained.

4) The Russian economy is still hurting from the recession, more so than its neighbors.

When times are hard for a country’s citizens, they tend to look more kindly upon anything that provides jobs and increased economic security. And as World War II proved, a major power’s economy can benefit greatly from the occasional military build-up, even if a skirmish or two is required to justify it. Russian leadership probably believes that the sanctions with which the EU nations are threatening it are unlikely to be particularly problematic, for reasons 2 and 3, above. Putin is counting upon EU leaders not to risk their own economies – much less their physical safety – unless Russia poses a genuine threat to either, and he hasn’t yet done so.

5) Russia sees the U.S. as impotent, due to their current political climate.

It is clear to the entire world that President Obama will not be supported by the opposition party in anything he attempts, and with the Republicans holding a majority in Congress and an obstruction-capable minority in the Senate, the president’s hands are pretty well tied in responding to Russia’s actions. Add to that the American public’s war fatigue, following a decade of wars that provided little if any tangible benefit, and the Russians likely feel that they have little to fear in the way of retaliation from the one superpower who could challenge them militarily.

Relations between Washington and Moscow have always been challenging, at best. Given the circumstances, both economic and cultural, that both countries have faced in recent years, easy solutions to diplomatic disagreements are few and far between. Hopefully, those disagreements will not evolve beyond the saber-rattling and minor incursions that have occurred to date. But it would be foolish to assume that to be the case, as there is much at stake for both countries.

Next Like Europe, the United States is Funding Terrorism Directly 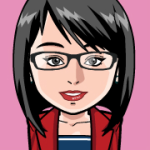 Daphne Holmes is a writer from ArrestRecords.com.