True, it was a long time coming, but at last it appears that the GOP is finally fielding a team and going bravely into battle. Amassed for the fight are such Party juggernauts as John McCain, Lindsay Graham, Olympia Snow, John Boehner, and Pete King, among others.

They are home campaigning. They are kissing babies. They are raising money. They are making appearances on the Sunday talk shows. They’ve got all the right moves. The only problem is they are moving against other Republicans instead of their Democrat opposition. 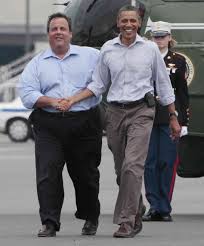 These left-leaning Republicans, affectionately known as RINOS (Republicans in Name Only), would rather go down to defeat at the hands of an Obama Democrat than win with Conservative Republicans such as Ted Cruz and company.

Why? It’s not too difficult to figure out. Obama and the Democrats pose no threat to the incumbency of the RINOS. As an example, voting records show that Tennessee Republican Senators Alexander and Corker are more supportive of Obama than is Tennessee Democrat Jim Cooper. They are the best friends Obama has! He might even come and campaign for incumbent Alexander, as he has for Republican governors Charlie Crist of Florida and Chris Christy of New Jersey. Obama ain’t no fool!

But shouldn’t the various Conservative Tea Parties be trying to get together and form a meaningful Third Party, and then scrape up a few candidates of their own? Of course not. That would be suicide! Just this past week a third party Libertarian candidate, with no hope of winning, split the Conservative vote sufficiently so that a totally unqualified Democrat political hack from the Clinton era, Terry McAuliffe, won the Virginia Governor’s seat. All we can hope for now is that the state of Virginia, known as the “Mother of Presidents,” is no longer pregnant!

For years Karl Rove and other establishment Republicans, aided and abetted by their liberal friends in the media, have pushed the notion that the only way the Republican Party can hope to succeed is to field such “moderate” losers as Bob Dole, John McCain and Mitt Romney. So how’s that been working out for ya’?

Led by senators Ted Cruz, Mike Lee, and Rand Paul, Conservatives are after the establishment RINO’s seats. It’s only through infiltrating and populating the Republican Party do Conservatives, the Tea Partiers if you will, have any chance of effectively confronting their true adversaries, the Democrats. And the RINOS know it.

Next American Patriot Bradlee Dean Gets Libeled by Salon.com for Promoting the Law

Ed Wood is a native Virginian and holds a BS degree from Virginia Tech. Having retired to the Tennessee mountains from a career in industrial sales management, Ed now finds time to pursue his political interests by writing political opinion columns for several Middle-Tennessee newspapers, and speaking to various political and civic organizations.