The obvious short answer to that question is no. However, if you’re a liberal, the answer is yes, Paul Ryan did indeed make a sexist dress code.

Oh my Lord, the fake feminists are here to complain…again, shocking I know! This time, targeting Speaker of the House, Paul Ryan. If anyone has ever paid attention to literally anything, they would realize that Paul Ryan didn’t magically create these rules. He simply enforced a dress code that has been in place forever.

To those acting like this is a “new” rule that sexist, patriarchal Ryan is enforcing, y’all should do some research. I know it’s hard for some of you to actually read something you may not agree with. But just try it, it’s not going to hurt you. Reading is good for ya!

The dress code is simple, women must wear closed toed shoes and nothing sleeveless. It doesn’t matter how hot it is outside, no one cares. That’s the dress code, if you don’t like it, then oops, look at that, no one is forcing you to be there.

CBS reporter, Rebecca Shabad was trying to enter the House wearing a sleeveless dress… which we should know by now, is not allowed. I’m sorry, how is any of this sexist? It’s a rule, calm down you pansies.

Dress codes are easy to follow, most nice places have a dress code. Some schools even have a dress code. While annoying at times, (I’m totally not talking about the time I was in highschool and had to wear a plaid skirt and tights all day…everyday) rules are rules. Either follow them, or face the consequences. It’s really not a difficult concept, for most anyways.

Here’s why this isn’t sexist: Men have a dress code to follow as well. They must wear suit jackets, and ties. If you ask me, that’s worse than being told to cover your shoulders. Come on guys, you’re listening to the Speaker of the House… why do you need to a) complain and b) dress like a hoochie momma, anyways.

This isn’t Happy Hour at Hooters. No one is trying to force women to dress like prudes, members of Congress just expect more from those in the presence of leaders.

I have three suggestions: 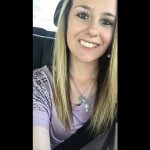 Micayle Hansen is 20 years old and lives in California. She is currently in college and has loved politics ever since she was a small child. She started her own political blog called rightanswerswithmk.com. She has been published by Turning Point USA, where my latest post was seen and re posted by Dana Loesch.