As censorship of conservative viewpoints continues to increase, alternative media outlets and content producers clamor to find new ways to reach their audiences. Could “blockchain” technology be the important key that opens the doorway to real, unhindered free speech around the world?

Consider some of these recent examples of independent reporters, broadcasters, and media outlets.

According to a Washington Times article written by, Cheryl K. Chumley, Michael Savage, radio host of The Savage Nation—has been pulled off of major market stations as of 2019. Some of these stations include: WABC in New York, KABC in Los Angeles, WMAL in D.C., and WLS in Chicago. Although he’s more mainstream, he is an independent thinker and is known for his politically incorrect speech.

Savage’s popular talk radio show premiered on KGO in January 1995. His program has been around for decades and he has received high ratings and awards among his audiences and other radio industry entities.

The article states, “…In, 2016, Savage made the National Radio Hall of Fame in the category of Spoken Word On-Air Personality, based on the votes of the listening American public.”

In the last quarter of 2017, he is listed on TalkSreamLive.com’s Top 25 Talk Radio category, only second to Rush Limbaugh with 14.8 million listeners. For 2018, Talkers.com, lists Michael Savage in Talker’s Magazine 2018 Heavy Hundred at number 6 out the top 100 for what they claim as most important talk radio show hosts nationally.

With all of these accolades, one has to wonder why Savage’s program would be dropped in major radio markets. Could it be that he’s being censored due to his independent, go against the grain nature?

While most would consider Savage more mainstream, censorship has also spread into the non-mainstream media.

Whether you agree with him or not, one of the most high-profile, controversial non-mainstream examples of conservative censorship is Alex Jones and his Infowars team of reporters. Last summer, a NY Times article titled, Alex Jones and Infowars Content is Removed from Apple, Facebook, and YouTube reported that several of the big players in online platforms started to remove many posts and videos that were uploaded by the alternative news organization, Infowars. The report claims that the aggressive action was taken to curb the spread of misinformation. This leads to the logical question, “Who determines what news or reports are considered misinformation?” Could the terms “fake news” and “misinformation” be used by government and media gatekeepers to demonize non-mainstream media outlets—deeming them illegitimate news sources?

Censorship is not only happening to the most controversial talkers, but also to other independent thought-provoking commentators and writers.

Peter Barry Chowka, conservative commentator and reporter, spoke about his own experience regarding online content that disappeared after he appeared on a radio show as a commentator. Coinciding with the Alex Jones upheaval last summer and fall, Chowka writes about his ordeal in an article published on American Thinker, titled, How it Feels When YouTube Disappears Your Video.

“When I saw the new black screen where the video of the program had previously been, it felt like a stab at the heart. A dark night of the soul. One third of the video that was now gone was my work, and I had spent several days researching and preparing for it. Now it was erased, disappeared down the memory hole,” Chowka said.

Chowka added that although his segment of the program that “disappeared” from YouTube, it was eventually allowed to be uploaded as a standalone video podcast. The entire episode of the show that he was on that evening remained censored.

Is it time for independent conservative news reporters and organizations to finally “jump ship” from these giant tech platforms? If so, where can they go?

In the current Internet environment, Google calls all of the search term shots. This is because they built and will continue to update their algorithms to favor what they consider admissible content for the masses.

What is blockchain and how can it decrease censorship?

Blockchain is a technology that was originally developed to support Bitcoin. In that design was the idea to allow for transparency and keep overall control out of the hands of just a few. What makes blockchain an especially appealing technology is that its infrastructure is by its nature “decentralized.”

In simple terms, this means rather than one or few entities holding all the power, (such as the current online infrastructure: Google, Facebook, Twitter, YouTube, etc.) all control is equally distributed among many nodes or individual users and computers.  In other words, this technology does away with the censorship kingpins and allows all of the people to share power equally. The blockchain framework design is not only good for decentralizing control, but also solves other problems such as system fraud, hacking, and decreasing the probability of network failures—for practical uses—think election and banking fraud.

Non-mainstream media outlets are beginning to re-think how they can reach audiences directly without a middle-man or gatekeeper—and decrease the probability of potential censorship.

One of the early adopters of blockchain platforms for alternative, non-mainstream media was Michael David McGuire, executive producer and host of NightTalker Radio Show, based in New York. Back in 2014, McGuire began to notice certain controversial topics were being censored from Facebook with no advance notice or explanation; especially those related to First and Second Amendment rights.

Later that year, McGuire covered a story in his radio commentary about the mysterious death of journalist and NSA whistleblower, Michael Hastings. The program mentioned that some believed in the possibility that Hasting’s death had been an assassination by car crash.

After the storied aired, it went viral around the world—garnering tens of thousands of hits. Within 48 hours, McGuire’s show and related stories about the car crash disappeared from social media outlets as if they never existed.

McGuire claimed that he experienced other technical problems with his phone, slow-loading online files of his radio program, and that his laptop and website were hacked.

According to McGuire both Google and Facebook denied censoring stories and told him that his “car crash” story had never been posted.

McGuire said, “If people don’t wake up now and defend their right to free speech… I am very concerned that the jig will be totally up and we will find ourselves living under the thumb of a corrupt fascist technocracy.  Time is very short.  People can continue to sit on their butts in confusion… or act now”.

He is now looking into the possibility of using blockchain technology for his web platform going forward.

Recent censorship by Big Internet tech companies could be setting a precedent to make it “normal” to stomp on First Amendment free speech rights—conservative or not. If this is real censorship and it’s allowed to continue, chances are it will only be a matter of time when all speech will have to clear the Internet Masters’ smell test before being published.  If content producers give into this and don’t question it—will free speech rights as we know them be gone?

Blockchain has the possibility of changing the Internet world as it stands by equalizing the media playing field.  Non-mainstream media outlets and content producers have a chance to move their platforms forward today and publish the content their audiences want by breaking the chains of control through this revolutionary technology of tomorrow. 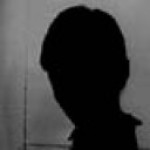 Angeline Marie is the Program Director of the K-Star Talk Radio Network, an Internet-only, conservative, Christian talk radio network that broadcasts programs that include: spiritual, political, social, economic, financial, and health related topics. She holds a Bachelor of Science Degree in Mass Communications.