Convention Of States’ massive, well-funded national campaign to “sell” their deceptive tool with which to tear down our Founders’ disciplined, principled, limits on federal powers has been running into an overwhelming, powerful force of truth and light – a 5′, 80lb, 70-year-young lady who many of us know, respect and admire as Publius Huldah.

For example, a Balanced Budget Amendment (BBA) would ELIMINATE Art. I, Sec 8’s grant of power to the federal government to conduct ONLY a very limited range of ACTIVITIES – BBA would thereby allow the federal government to spend some specified dollar limit amount on ANY activity. Further, we are NOT protected by requiring States’ votes to increase those limits because the federal government would extort the States into doing so by threatening to reduce federal contributions to States’ budgets (between 22-45% of all States’ budgets) while leaving federal mandates in place and also by threatening to reduce even larger amounts of other federal spending in those States.

When snake oil salesmen are confronted by Consumer Reports, they know their jig is up and become desperate to keep their scam alive.

They ADMIT to their scam by surrendering their fight to defend their pitch on SUBSTANTIVE grounds and by resorting to false innuendos. They also apparently avoid debating against Publius at all costs and even apparently attempt to prevent audiences from hearing her truths. They expose the lack of merit of COS by resorting to Saul Alinsky tactics that seek to destroy the messenger of those truths that would expose their scam! They would not have to stoop to such tactics if they could win the debate on the merits, given all of their funding and organization. This exposes that the COS “Emperors” indeed have no clothes.

Publius, apparently, has received copies of correspondence sent to organizations which have invited her to speak, to encourage those organizations to withdraw their invitations to her. She has received correspondence sent to a publisher which encourages that publisher to stop publishing Publius’ papers. These letters, which bear the “fingerprints” of COS, smear Publius with false and malicious INNUENDOS of racial and ethnic hatred designed to destroy her reputation and to get her banished from the Court of Public Discussion.

First, second and third in importance and relevance, none of those innuendos address ANY aspect of Publius’ substantive points that expose COS’ assault against the Constitution.

SO,
WHERE’S THE BEEF?
OF WHAT CONCEIVABLE RELEVANCE DO ANY OF THESE COS FALSE AND MALICIOUS INNUENDOS BRING TO BEAR UPON PUBLIUS’ CONSTITUTIONAL ANALYSES?

It is painful for me to learn that a few groups have cancelled Publius’ appearance based upon this COS-driven false smear campaign. It is sad that people are so weak-minded (and unprincipled) as to fall for such drivel. I guess that W. C. Fields was right when he said, “There’s a sucker born every day.” I have also seen group leaders who block their group from hearing views that do not agree with their own and would use the COS nonsense as a mere “excuse” to cancel or decline – members should demand to hear Publius.

When the TV salesmen resort to such tactics, they are ignorantly admitting to their scam and so it’s time to turn to a different channel. COS’ tactics expose the fact that they have nothing of value to offer us.

We must help Publius fight this on the web and in the court of public opinion. When you see the COS hateful propaganda, speak up – let the public hear that you reject COS’ false and vicious and not-even-close-to-being-relevant smears and that you can see that COS, thereby, admits to its intellectual bankruptcy. Demand to hear Publius! 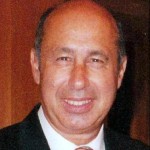