Journalist Bob Woodward is all set to release his new book ‘The Price of Politics’ wherein he discussed the accountability of two political parties in relation to the year 2011 federal debt ceiling showdown.

The Price of Politics
The 17th book from renowned journalist, Bob Woodward, revolves around President Obama’s battle with the Republicans. The center of the battle is undoubtedly occupied by the unresolved fiscal policies that made news for the most part of the year 2011. Woodward, who is also an associate editor at Washington Post, will be releasing his book on 11th September 2012.

The President’s exclusion
President Obama is keen to set up a meeting with the top Congress leaders in the White House. The meeting is set to happen at a time when America’s top leaders are working overtime to avoid any default that could possibly lower the confidence of the financial markets as well as jeopardize the world’s economy. Woodward further adds that House Speaker John Boehner has been reported as telling the President that the lawmakers were already working out a definite plan and were not willing to go into any negotiation with him.

This whole thing came as a surprise to President Obama as he told Boehner how his exclusion from the process can’t happen. President Obama further added that his presence was mandatory as he is the one to sign the bill. Well, everything seemed to go against Obama as he was asked to leave his own meeting and that too in his own house. Obama was furious, but nevertheless, agreed to let the four Congress leaders carry on with their discussions privately as was told by Senate Majority Leader Harry Reid.

Reemergence of Congress
Woodward points the aforesaid incident as clear signs of the Congress taking over. In fact, he has based his book on the theme of reemergence of Congress. It is a fact that Capitol Hill has been transferring authority over to the White House for decades now. This has been happening especially when presidents showed interest in the executive branch’s power expansion.

According to Woodward, the past couple of years have seen the power shifting to the legislative branch all over again. This was fueled by the Obama administration’s repeated failures in ensuring support for the alliances that counteracted the GOP’s massive victory in the midterm elections during the year 2010. The House’s control was now in the hands of the Republicans, which claimed 63 new seats, thus registering their largest turnover in the past 9 decades.

Revelations
Woodward’s book clearly points out the unpreparedness on the part of the administration. This is not a whole new concept, but a reaffirmed one as is evident from the night of election in the year 2010. According to Woodward, the President was supposed to make a call to Boehner as per the protocol, but that congratulatory call wasn’t easy to make due to the absence of the phone number. The fact that nobody thought of getting the number beforehand shows the level of unpreparedness amongst the people in the White House.

The book is all set to be out in the public at a time when there is just a couple of months left to the Election Day. This means a tougher challenge for president Obama than the Republican nominee Mitt Romney. ‘The Price of Politics’ clearly focuses on President Obama and his team at the White House. You’re very unlikely to find the book mentioning much about Mitt Romney.

Woodward’s account
Woodward shows Obama in his book as a man with little too much of confidence. Obama has been shown as someone who has expertise in drawing negotiations as well as understanding his adversaries.

As described in the book, Obama believes that he has some sort of control over Boehner’s temperament. Boehner, who comes from a district in southwest Ohio, is presently in his 11th term as a House member. Obama and Boehner continued with their secret talks lasting several weeks in the month of July 2011. They were attempting to resolve the deadlock over hikes in the federal debt ceiling that stood at $14.3 trillion then. Boehner was keen to ensure massive cuts in spending as part of the deal, whereas Obama wanted the Republicans’ approval to the new revenue. It was obvious that the government was very likely to fall short of cash to make outstanding bill and debt payments if it went borrowing beyond the $14.3 trillion limit without the necessary authority.

According to the book, Boehner was not someone new to Obama as evident from the eight long years he worked as a state legislator in the state of Illinois.

The finishing part
The book finishes with Woodward holding both Boehner and Obama accountable for the fiscal crisis. He reports that neither of them was able to outdo their partisan convictions. They never showed the slightest interest in finding solutions to the underlying problems. What they did was more of a postponement than a solution. It was really disappointing to see them not standing to their deeds when confronted by other leaders of their own parties.

Aside from that, the book also focuses on the bargaining sessions that lasted for weeks. Biden oversaw the sessions as the administration pumped up its efforts to put an end to the deadlock over the existing debt-ceiling problem.

Next Last Night Was The Party, This Morning's Job Report Is The Hangover 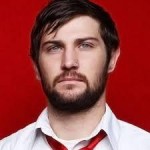