“What we should probably do is go and split up investment banking from banking, have banks be deposit takers, have banks make commercial loans and real estate loans, have banks do something that’s not going to risk the taxpayer dollars, that’s not too big to fail,”… He added: “If they want to hedge what they’re doing with their investments, let them do it in a way that’s going to be market-to-market so they’re never going to be hit.” –Sandy Weill creator of the Super Bank

What happens when a pioneer of American big banks advocates for the breakup of those same banks he helped create? What should happen is that we listen. Everyone should hear what Sandy Weill has to say…but more importantly, our Congressmen and President need to pay close attention. Sandy Weill isn’t an average banker. In the mid-1950s he received his first job as a runner for Bear Stearns on Wall Street. Weill’s financial career grew from there, and his 1998 mega-deal merger between Citibank and Traveler’s Insurance prompted Congress to overturn the Glass-Steagall Act—a six-decade ban between commercial and investment banking created by the financial crisis of the Great Depression. Weill influenced Congress then, why not now?

This time though, Weill, former Citigroup chairman and CEO, advocates for the destruction of these U.S. financial conglomerates his leadership created. In 1999, Congress repealed Glass-Steagall and paved the way for the ascension of investment and commercial-bank mergers. At the same time President Clinton signed off on instructions to Fannie Mae that up to half the mortgages that it underwrote should be sub-prime, kicking the lending fury into high gear that ultimately put our system into peril.

What puts Weill’s advice into the man-bites-dog realm is his role in the creation of the system and its evident success until the financial fiasco of 2008. In the wake of 2008, rather than admit a mistake, his fellow bankers have had a hand in the debacle of trying to create a regulatory regime that micro manages the unmanageable. My concern expressed in a number of columns at the time was that the commercial banking system operates as a public utility. As to the financial clearance process, the safeguarding of normal depositor savings, home mortgages and regularity of commerce requires the highly leveraged proprietary trading by the investment banks are not joined in any way to the financial liquidity needs of this system as a whole.

If we aren’t to adopt Glass-Steagall in its entirety, Weill is right that at least as to the separation of these clearly different functions, system needs should not be hostage to the risky operations of proprietary trading and investment houses. Our FDIC insured funds in millions of accounts should not be underpinning the operations, even to a farthing, and today we are as at risk if not more so than in 2008.

Micro regulation won’t accomplish its goals. Dodd-Frank added 400 new federal regulations to an already dysfunctional set of rules. President Obama praised the bill in 2010, stating it would end tax-funded bailouts and give certainty to an uncertain economy. Two years later, our economy remains uncertain and our megabanks have in a number of instances been forced to take billions in unwanted federal aid (Citigroup accepted $45 billion). Instead of breaking down the conglomerates, Dodd-Frank has enabled them, on the government’s dime and, more specifically, the taxpayers’ dime. Currently taxpayers back 99% of new residential mortgage securitizations from the Federal Housing Administration, Freddie Mac, and Fannie Mae.

If Dodd-Frank continues unamended, our continuing employment malaise confirms that employed Americans may become fewer and farther between. The U.S. Chamber of Commerce states that Dodd-Frank’s regulation of derivatives alone may cause nonfinancial American companies to take their jobs outside the country. July 2012 shows almost as many people leaving the workforce as new jobs created and a continuing 8.3percent unemployment figure indicating the road we are on is not the right one. Dodd-Frank is merely one symbol of the wrongheaded approach we are taking to right our economic ship. We have created a bifurcated banking system with the very big banks in a favored position but under a heavy federal thumb. We have burdened the rest of our commercial banks with regulation that they cannot afford and for banks of their modest size makes no sense.

If we continue down this road, we will only encounter more potholes to jar our progress and discourage the flow of animal spirits that in earlier times fueled our growth into the largest economy in the world. The latest in financial regulation is only getting started. Just around the corner, is the “qualified residential mortgage” rule, which, if accepted as is, will increase interest rates anywhere from one to four points. A former chairman of the Federal Deposit Insurance Corporation predicts that many local financial institutions will fail under the heavy load of regulation mandates. As if the government did not control enough of the U.S. financial market and businesses prior to the creation of the Dodd-Frank Act, the Act also created the Consumer Financial Protection Bureau, in which consumer financial products may be deemed “unfair” or “abusive” by the bureau alone.

The government does not, or at least should not try, to run our economy. The various parts of the banking system should be rationally split as they were before 1999, and thereafter the economy is perfectly able to do a much better job of creating a positive future than the heavy handed government efforts to micro manage our lives. Government, get off our backs and let us save ourselves!

Previous Obama: His Marxist / Communist Past Exposed & How It Continues

Next Medicare Truth Shall Make You Free 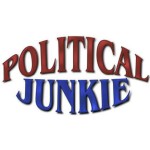